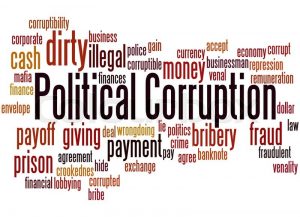 Here’s a brief list of some of the charges against Netanyahu:

Receiving expensive gifts from wealthy businessmen in exchange for favours.

Striking an illicit deal with a newspaper in exchange for favourable political coverage.

His wife, Sara, is also under investigation accused of using government money to pay for private chefs at family events and electrical work in the family home.

In Ireland, this kind of corruption is casually accepted as part and parcel of normal political activity.

For example, it has just been revealed that the Government’s Strategic Communications Unit (SCU) paid out €1.5 million of taxpayers’ money to favoured newspapers to publish propaganda articles in favour of Fine Gael.

Or, to put it another way: The Government struck an illicit deal with newspapers in exchange for favourable political coverage.

The response in Israel saw the police directly investigating the chief suspect, the Prime Minister. As a result of that investigation they have recommended that he be charged in a court of law. This is the norm in functional democracies.

Here are some more stark comparisons between how things are done in a functional democracy such as Israel and a corrupt state such as Ireland.

In Israel the police are independent of the political system and are therefore free to investigate political corruption.

In Ireland the police are, effectively, a branch of the political system and therefore do not investigate political corruption.

In Israel there is a specialised anti-corruption police unit.

In Ireland there is no such unit.

In Israel, all crime, including political corruption, is dealt with through police investigation and the courts.

In Ireland, there are two separate systems for dealing with crime. One for ordinary citizens that involves police, courts and punishment and another made up of tribunals, commissions and committees deliberately, and very successfully, designed to ensure there is no accountability or punishment for those with power and influence.

In Israel regulatory agencies such as the Central Bank or corporate enforcement operate independently of the political system.

In Ireland all regulatory agencies are subject to political control and influence.

In Israel the media use the word ‘corruption’ when writing and speaking about corruption.

In Ireland the word ‘corruption’ is never used by establishment media. Instead, the fuzzy word ‘culture’ is used.

So, for example, there’s no such thing as police corruption in Ireland but rather a ‘culture’ that provides journalists and politicians with a safe area in which to endlessly discuss reform of the ‘culture’ while completely ignoring the brutal reality right in front of their eyes.

In Ireland the notion that a Prime Minister or former Prime Minister would be the subject of a police investigation never mind actually do jail time is so ludicrous as to border on the insane. 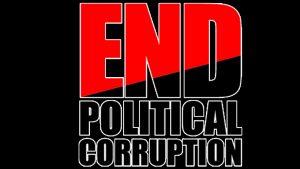