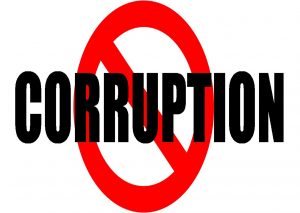 Elaine Byrne is, once again, writing about scandal and regulatory failure in today’s Sunday Business Post (Sub reqd). This time it’s about the failure of the Standards in Public Office Commission (SIPO) to do its job regulating the political system. I hope to respond to her article in the next day or so.

In the meantime, I’m republishing this article (with some minor editing) I wrote in April 2015 outlining how all regulatory bodies in Ireland are, in reality, fake.

It’s not often a minister for justice makes me laugh but the latest comment on police reform from Frances Fitzgerald had me in stitches.

Making excuses for her complete failure to establish a police authority the minister said that, in the meantime:

“A kind of shadow board would be set up.”

The reason is simple; the establishment of a genuinely independent police authority would end the corrupt nexus between the body politic and the police force. That corrupt nexus has served the interests of politicians, their friends in the Golden Circle and senior police officers since the foundation of the state; it will remain firmly in place for so long as that culture exists.

What we will see is the establishment of a fake police authority, an authority that from the outside looks and acts as if it’s the real thing but, in reality, is a fraud.

The setting up of fake regulatory agencies is the single greatest achievement of our corrupt political system. These fake authorities are so successful that they have not only fooled ordinary citizens, they have fooled the media, the international community and even many of the politicians who established them in the first place.

The system can best be understood by comparing it to those fake Hollywood wild west towns built to make cowboy movies.

Walking down the main street everything looks real so long as nobody actually believes there’s anything of substance behind the facades.

So, for example, when a citizen opens the door marked ‘Financial Regulator’ they find themselves in a wilderness populated by drifting tumbleweeds, each one with a tag reading – secrecy laws forbids the answering of any questions.

When the door marked ‘Standards in Public Office’ is opened citizens are met by an official endlessly chanting – Political accountability? No, never heard of it. We just dig holes in the sand and fill them in again.

When the Troika arrived they already knew there was something odd about the way things were done in this town so they opened more doors than usual.

Inside the austere and impressive door to the legal system, for example, they found mountains of stolen loot surrounded by hundreds of partying solicitors and barristers. Clear out this den of iniquity they instructed the government, we’ll be back to check on it.

When they returned a year later they failed to notice that what appeared to be a reformed legal system was actually an act performed by actors hired for the day from a nearby spaghetti western movie set. The drunken solicitors and barristers were still partying just over the hill.

Down at the end of the town there’s a brand new, freshly painted building with the title, Charity Regulator. Inside there’s a large office with an impressive array of filing cabinets, computers, desks and stern looking officials.

On closer inspection however, the files are just blank paper, the desks and computers are made of balsa wood and the officials are shop mannequins.

So what, at first glance, looks like a real regulator turns out to be nothing more than the usual cynical exercise in deception. Because this is a new regulator, no citizen has yet been damaged by its fraudulent front but, in time, thousands will inevitably suffer heavy financial loss and perhaps worse.

Irish citizens have lost faith in the State and its administrators. They know that almost all state agencies are steadfastly loyal to the corrupt political system that created them and exercises control over their activities.

The long-suffering people of Ireland are waiting for somebody to lead them in knocking down all the buildings in Irish cowboy town. 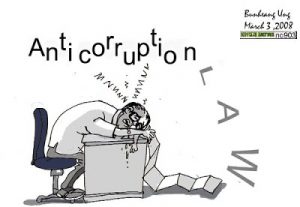