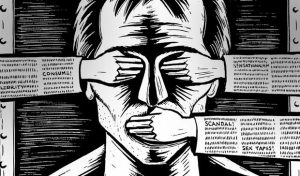 The revolution has begun. Varadkar and his cabal of gombeens are for the high jump. Their time is up as the youth of Ireland take to the streets and march on Dail Eireann to overthrow the old failed system and replace it with a bright new dawn for Irish democracy.

Sadly, there is no truth whatsoever to this fantasy view of what’s happening in Ireland today. The claim of a mass movement of young citizens on the move is nothing more than the meanderings of Irish Times columnist Una Mullally’s overly fertile imagination.

Here are some examples of Ms. Mullally’s fantasies:

Does the Government know it has a politicised generation on its hands?

A generational shift has occurred that both the political and media establishments have not yet truly grasped.

We are in newly charted territory, and young people are the cartographers.

Altruism, solidarity, and a sense of fairness seems to permeate this generation.

Their values are different from past generations, they do not put self-interest first says Mullally.

She then gives some examples of the great ‘injustices’ that motivates this ‘selfless’ youth revolutionary movement that is determined to overthrow Leo and his cabal of gombeens:

Very little development in Dublin is for young people.

New restaurants and bars are expensive and are aimed at 30 – and 40 -somethings.

Young people are watching their nightclubs being demolished for hotel developments.

Student housing built by international companies charging exorbitant rents is totally out of their reach.

Many young people have to live with their parents because they can’t afford the out-of-control rents in the city.

These examples do not sound like a national youth movement intent on overthrowing the old, failed political system but more like a demand for more nightclubs and cheaper drink.

Mullally does, of course, mention other more serious issues. The marriage equality campaign, legal abortion and the current housing campaign. She wrongly credits young people as the principal motivators in these movements.

The marriage equality and the Repeal campaigns were open door issues. Practically every political party and most of society were in favour of these reforms. It did not take any great courage or sacrifice to come out on the streets and demand reform for issues that were practically guaranteed to succeed and, more importantly, posed no threat to the interests of those who wield power in our country.

And while there is a noticeable increase in youth involvement around the housing scandal this is primarily down to the fact that the crisis is beginning to affect the interests of young people particularly students.

This was evident during the recent Take Back the Streets demonstration in Dublin. There was a large, very well organised student participation but the majority of placards were demanding housing and other benefits for students, there was nothing about challenging the corrupt political system that is responsible for the crisis.

Sadly, there is no history of organised political radicalism among the youth of Ireland. This lack of a revolutionary spirit among the young was clearly evident in the water charges campaign. This was a campaign that required real commitment, courage and stamina because it threatened the vital interests of the corrupt elite that have ruled and ruined our country for decades.

If the student unions or any other youth movement were on the streets for the anti-water charges campaign I didn’t see them. In fact, in my experience and observations the bulk of water warriors were made up of middle aged and elderly citizens many of them accompanied by children. Yes, of course, young people were involved but they did not, as Mullally claims, constitute the bulk of campaigners.

In common with all establishment journalists Ms. Mullally operates in a media bubble that has little understanding of the reality out on the streets.

If she ever manages to burst out of that bubble she will immediately realise that there is no revolutionary youth movement in Ireland and that political corruption is the sole reason for the housing catastrophe.