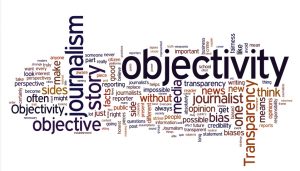 Even for a Fine Gael journalist Alison O’Connor’s portrayal of Brian Hayes is way over the top. Hayes, who’s abandoning politics for a more lucrative career in the financial services industry, is portrayed as a virtual Irish Nelson Mandela.

O’Conner writes of the terrible conditions Irish politicians such as Hayes have to endure in order to serve the people. Having to stand for election, having to put your face on a poster, having to survive on €100,000 plus generous expenses – my goodness, such horrors.

But like all establishment journalists O’Conner reveals her bias in the detail. She tells us that Hayes’ greatest talent lay in making the government look good.

I couldn’t understand at the time how the party, and then taoiseach Enda Kenny, felt he would be better off in the European Parliament than at home doing a fine job of making the government look good, despite the slashing and burning that was ongoing.

Note – not fighting for the health and wealth of the people, not badgering his party leader to do what was right for the victims of political and financial corruption, not insisting that corrupt bankers be brought to justice.

No, Hayes’ greatest talent, according to O’Connor, was his amazing ability to ‘make the government look good’ as it destroyed the lives, ambitions and wealth of millions of Irish citizens. In other words, Hayes was a brilliant political liar and propagandist.

And then there’s the accidental admission that Hayes is leaving politics so that he can accumulate even more money.

A politician of Brian Hayes’ experience and profile might stand to earn considerably more in the private sector.

So it’s not about selfishly serving people and country, it’s about who pays the most. And with Hayes’ many connections in politics, government and banking, his new career in the Irish Banking and Payments Federation is sure to make him a very wealthy man.

But there’s always a nagging problem for establishment journalists like O’Conner – how to explain the awkward logical gap between the catastrophic financial, psychological and social damage inflicted on the Irish people over recent decades and the claim that the political system responsible for the suffering is populated by people of high principles and integrity such as Hayes.

The answer – ignore the brutal reality and resort to professional deceit.

And the current choice of deceit is – blame social media.

It is proving exceptionally difficult to get them [candidates] to stand because they see the abuse politicians get on social media and feel that a political career just isn’t worth that.

I’ll finish with this thought: Irish citizens will never see the extermination of the disease of political corruption for so long as establishment journalists like O’Connor are willing to loyally defend the rotten system.